A week in the Aeolian islands to relax and enjoy the sea. Each island has its own character, and is recognisable by its shape, colours, flora and fragrances. Sailing around the archipelago is a magical experience inside the natural beauty of the area. 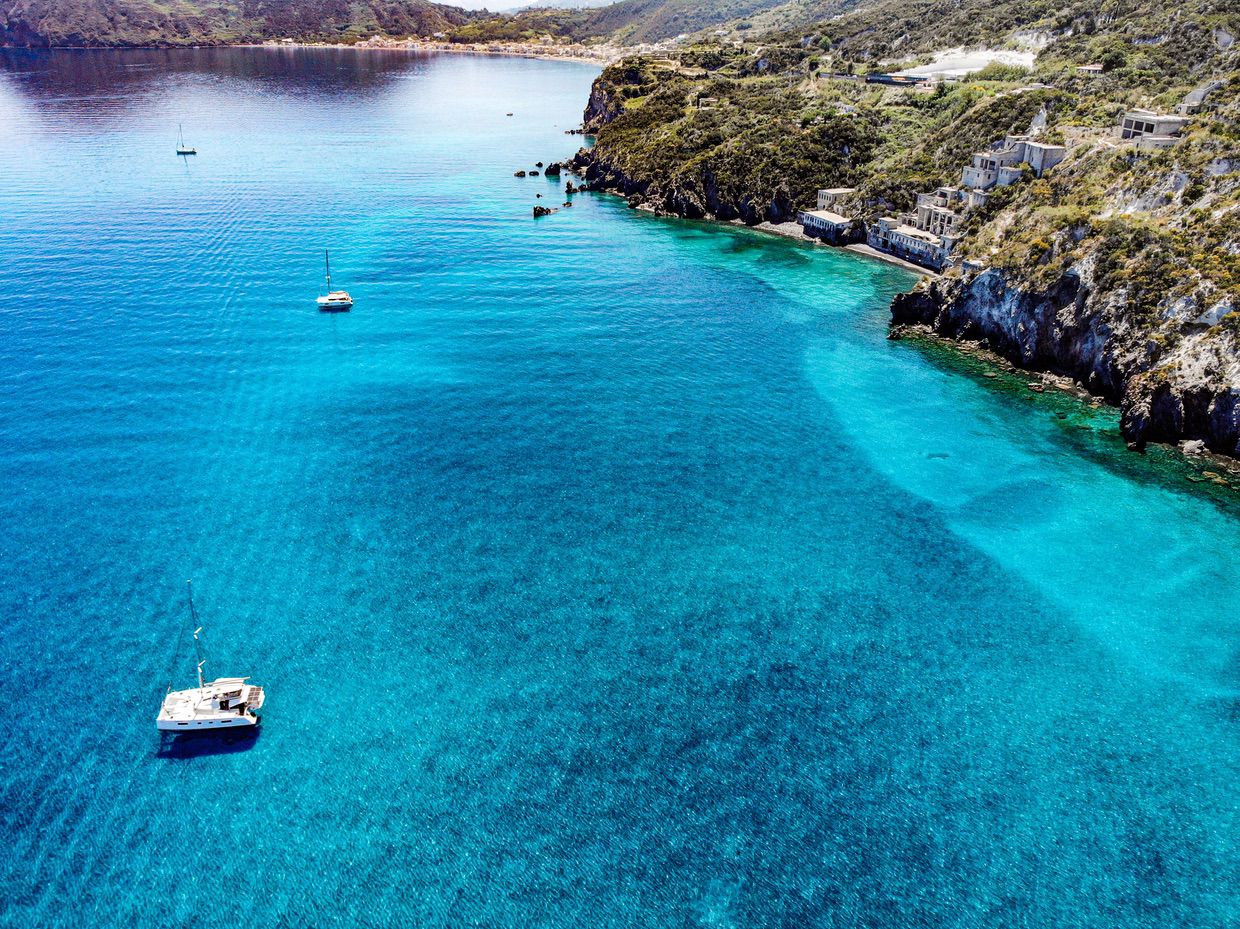 Lipari is the largest island. From the sea you can admire picturesque coves like Cala del Fico and the beaches at Vinci, Valle Muria, Punta della Castagna and Capo Rosso. The interesting Archaeology Museum is inside Lipari Castle, which is situated on a large bay on the east coast between the two inlets of Marina Lunga and Marina Corta, still the best places to moor. The Greek acropolis and the Norman cathedral are also impressive.

Salina, the second largest island, has both the highest point above sea level of the whole archipelago and an area of beautiful woodland famous for its ferns (Fossa delle Felci) high up on the cliffs above wonderful beaches like Pollara

Salina is also famous for the fact that it was the location for the Massimo Troisi film “The Postman” and for its celebrated "granita" and "pane cunzato". 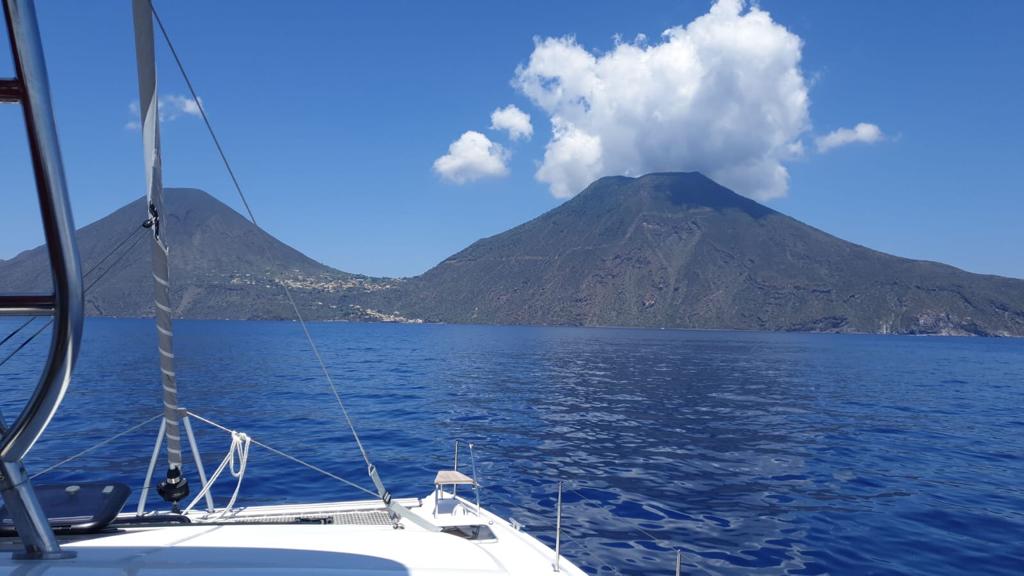 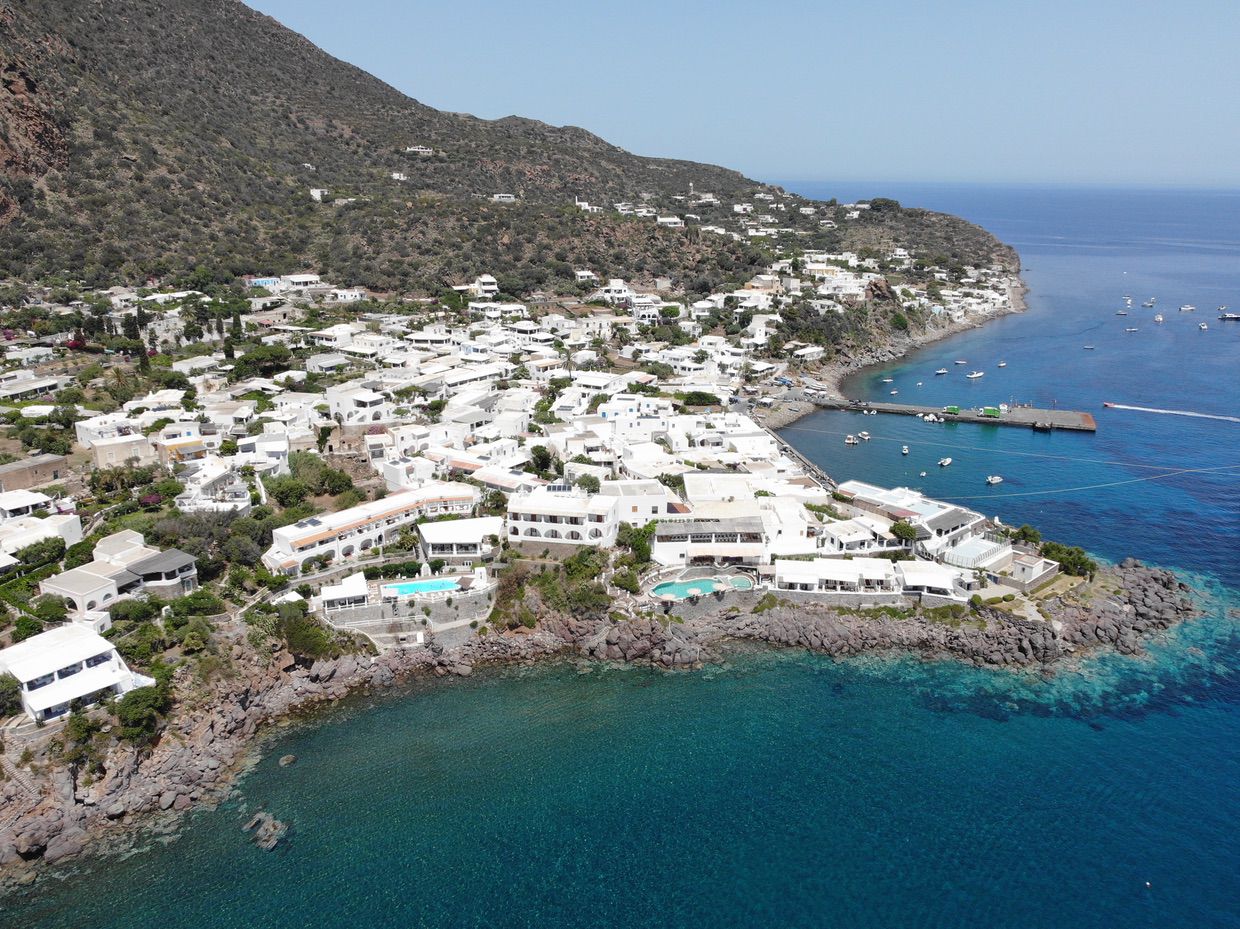 Panarea is the smallest and lowest-lying of the Aeolian islands. The oldest, and one with intriguing underwater volcanic activity, the island forms its own tiny archipelago with the islets of Basiluzzo, Spinazzola, Lisca Bianca, Dattilo, Bottaro, Lisca Nera (of which very little now remains ), and the Panarelli and Formiche rocks.

Vulcano offers the opportunity to see more volcanic phenomena: fumaroles, steam spouts both on the crest of the volcano and underwater, and the sulphur mud-baths, renowned for their therapeutic benefits.

The island is made up of two eruptive cones, both active in recorded history: the “la Fossa” cone and Vulcanello and comprises the unsubmerged part of a volcano whose base lies about 900-1,000 metres below sea level. 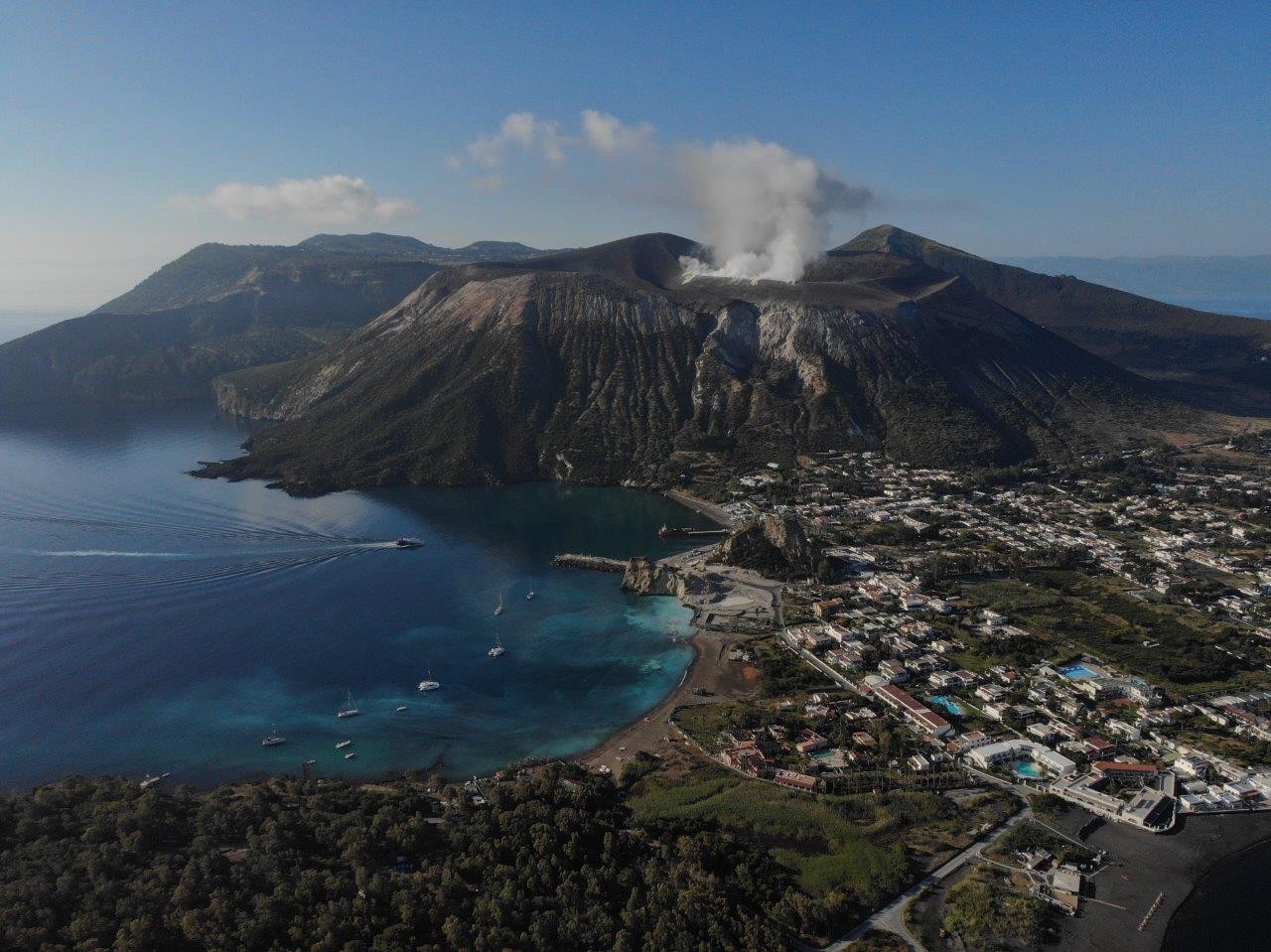 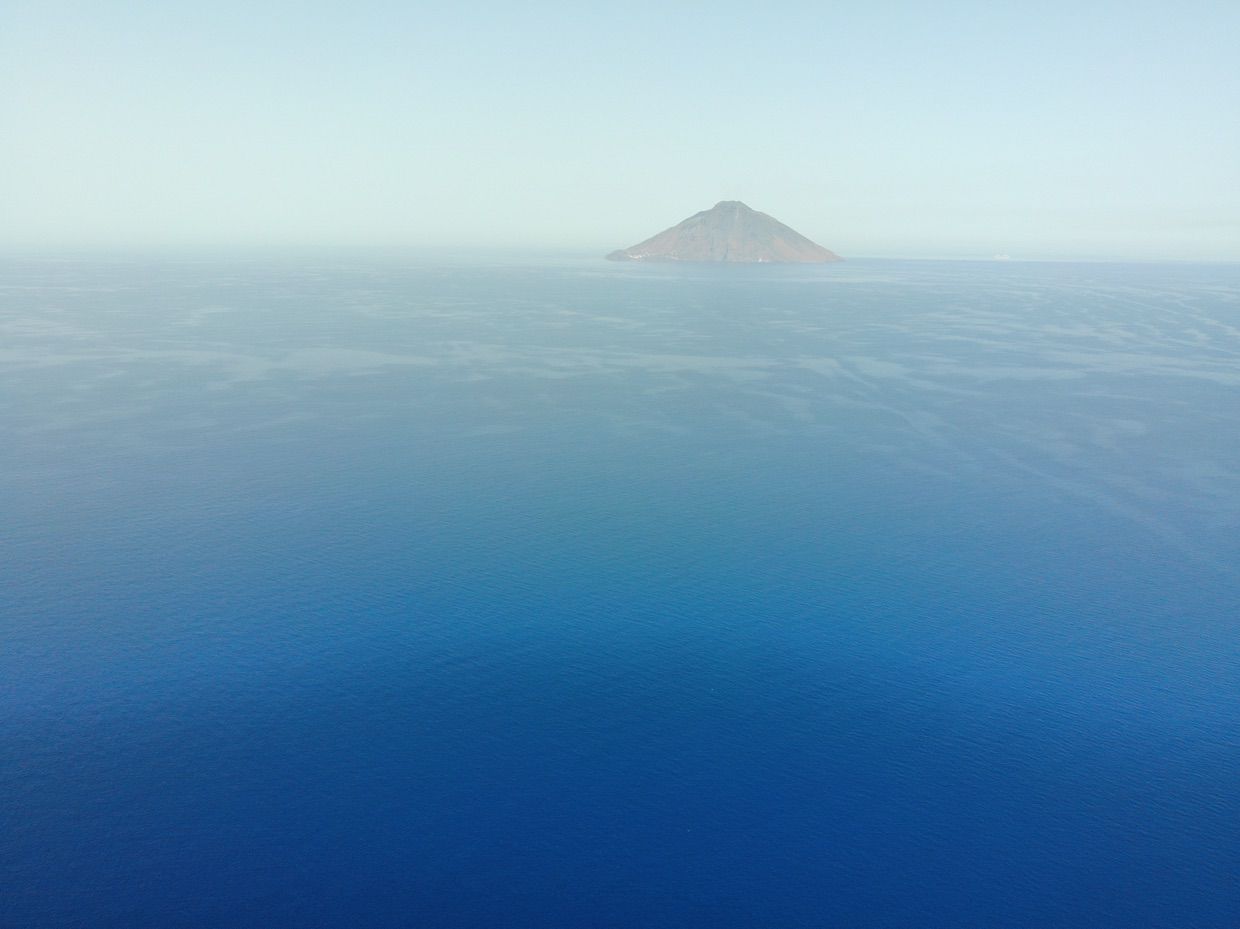 Stromboli is the most active volcano in Europe, with frequent, spectacular eruptions, which can also be admired from the Osservatorio della Marina Militare (Italian Navy Observatory) at Punta Labronzo. If you are lucky, you may also be able to see the Sciara del Fuoco lava flow. The sea is crystal clear and the sea-bed black. Not to be missed: the fishing village of San Vincenzo where the boats dock; the little town of Ginostra, perched on its cliff and accessible only by mule track; the rock of Strombolicchio, which was created by one of the oldest volcanic eruptions of the Aeolian Islands, and its big lighthouse at the top.

Alicudi is an extinct volcano with an area of about 5 sq.km. It is almost perfectly circular in shape and its steep cliffs plunge 1,500 m below sea level while the unsubmerged part rises 675 m to its summit. Alicudi is the wildest of the islands, where cars are not allowed, and is inhabited only on the east side, which slopes more gently towards the sea.

L’Isola Immediately after the Second World War, the island was populated by over 600 people, the majority of whom later emigrated to Australia. In 2001, the population was below 100 but residents are even fewer in the winter months. 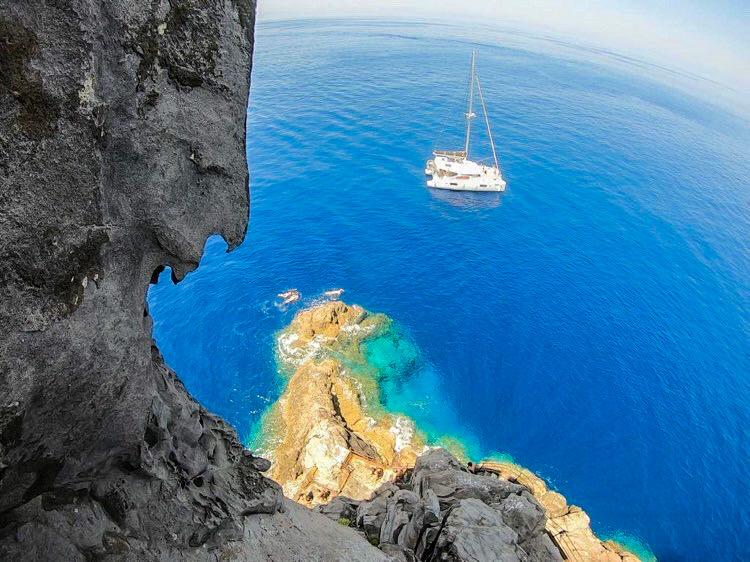 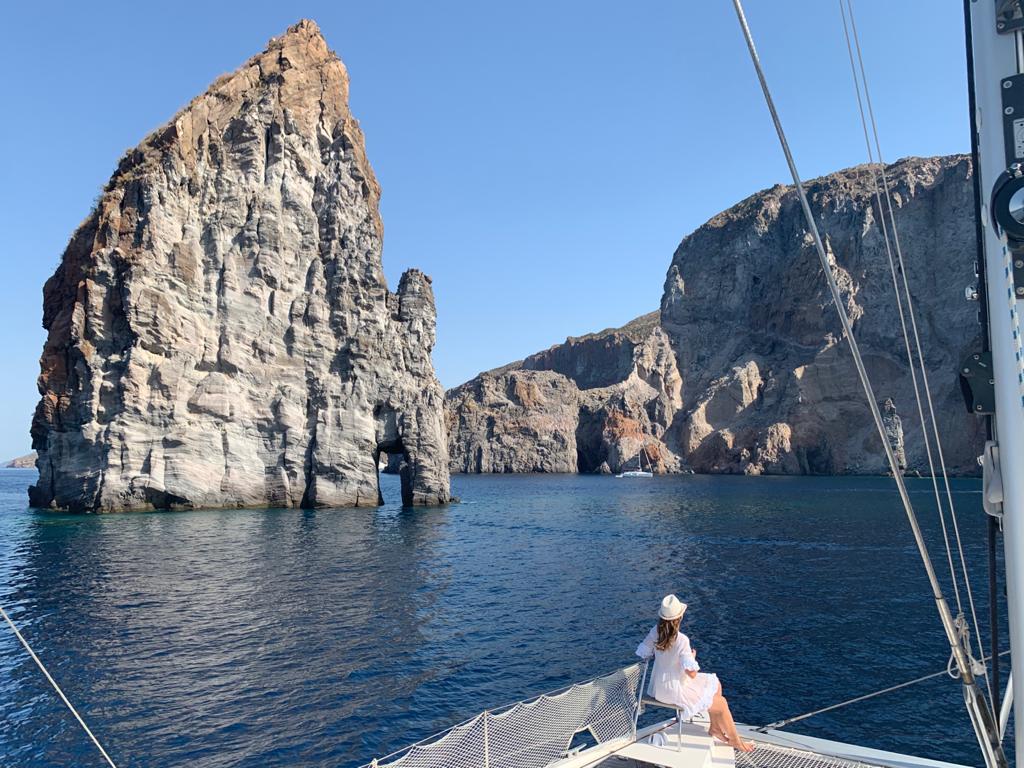 Filicudi, known in ancient times as “Phoenicusa”, owes its name to the abundance of ferns that have always distinguished it, specifically a variety of dwarf palm tree that flourished on the island. Seen from above, it is elliptical and at one end extends towards Capo Graziano. Filicudi is none other than the upper part of a complex, submerged, volcanic structure, and is characterised by a rugged, rocky landscape. The highest peak is Monte Fossa Felci (774 metres), an extinct volcano, from whose summit you can admire a breathtaking view of the archipelago.

SEND A REQUEST
We use cookies on our website to offer you the most relevant experience by remembering your preferences and repeat visits. By clicking on "Accept all" you agree to the use of all cookies. However, you can visit "Cookie settings" to provide controlled consent.
Cookie settingsAccept all
Gestisci cookie